sftraj: A central class for tracking and movement data

It is now official, our proposal to the R Consortium to code an R package dedicated to tracking data has been accepted! In this first blog post of the ‘sftraj’ series, we will introduce the problem and the need for such a package, before getting into the nuts and bolts of the proposal. 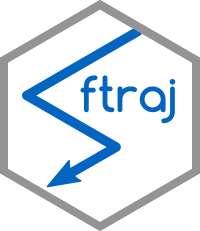 Movement defined broadly plays a central role in fields as diverse as transportation, sport, ecology, music, medicine, and data science1. As a matter of fact, thanks to global navigation satellite system (GNSS) and radio-frequency identification (RFID), miniaturized tracking devices have become nearly ubiquitous, and resulted in an ever-increasing volume of localization data from various moving objects, such as humans or animals; cars, boats or planes; the hand of a musician playing a violin in 3 dimensions; the entire movement of an orchestra or a flock of starlings; or the eye of a person that changes its focus from one object to the other. Sampling all these movements results in the same type of data called tracking data, in the form of geographic ($x,y,z$) and temporal coordinates ($t$)2. Despite this common nature, there is a critical lack of standard infrastructure to deal with movement.

While the collection of tracking data is growing on a daily basis, the use of R for movement studies has also increased sharply, in contrast to the decline of most other platforms—for instance, in the field of Movement Ecology, we counted more than 70 % of studies using R in 2018, i.e. roughly three times more than its closest contender, and the trend is still rising. The Movement community in R is at the same time very dynamic and very fragmented2; we have listed 57 packages that process, visualize and analyze tracking data, one third of which worked in isolation, not being linked to any other tracking package (check our full review of R tracking packages here). This is in part due to a lack of a modern infrastructure to deal with trajectories in R. 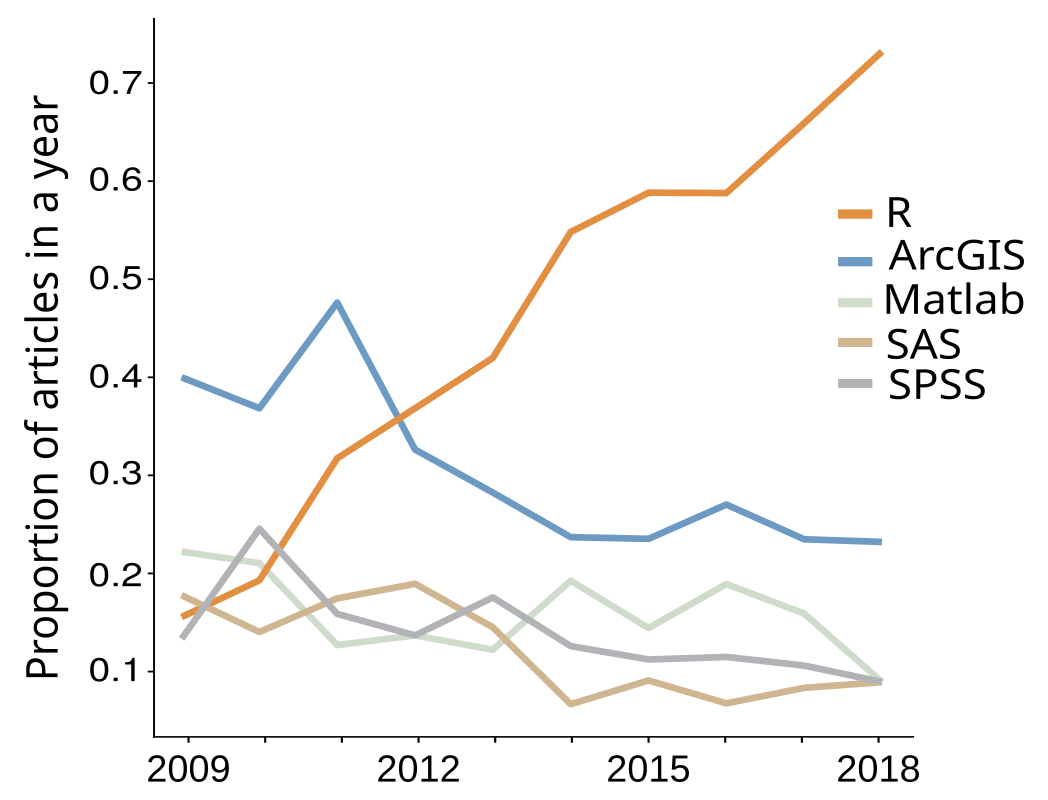 Given the ubiquitous nature of tracking data, the fragmentation of the ecosystem of R packages dealing with such data, and the complexity of use of existing attempts at handling these data, it seems timely and relevant to address the issue from a data perspective. We aim to develop a central trajectory class to support all stages of movement studies (pre-processing, post-processing and analysis). We propose a sftraj package offering a generic and flexible approach, based on sf. The only aim of the package will be to present this central class and basic functions to build, handle, summarize and plot movement data.

To achieve great goals, we need great people. Behind this project is the sftraj core team, initially comprising 5 members:

In the next blog posts, we are going to introduce our plans in more details, including the current state of affairs in the R world, as well as how everyone in the movement community can be involved in this project and ensures that our efforts are later adopted.

For the project team, Mathieu.