In this post we present a guide on how to clean and process bones of dead animals. Be sure you are aware of your local laws which may prevent collection of certain species, and use gloves and protective gear when handling carcasses.

In field work, we sometimes find dead animals. This raccoon was found dead, we did not euthanize it for bone collection. A dead animal can be left to decompose above ground, buried, or macerated to remove flesh. This raccoon took a little over a week to fully decompose in a south Florida forest with soldier fly and other larvae. Maceration is the process submerging the carcass in water to start a bacterial soup to decompose. Both of these methods smell terrible and are not advisable near people! Burial will avoid the smell, but also takes longer, possibly several months in colder locations. If you leave the animal outside to decompose, scavengers may carry parts of it away. 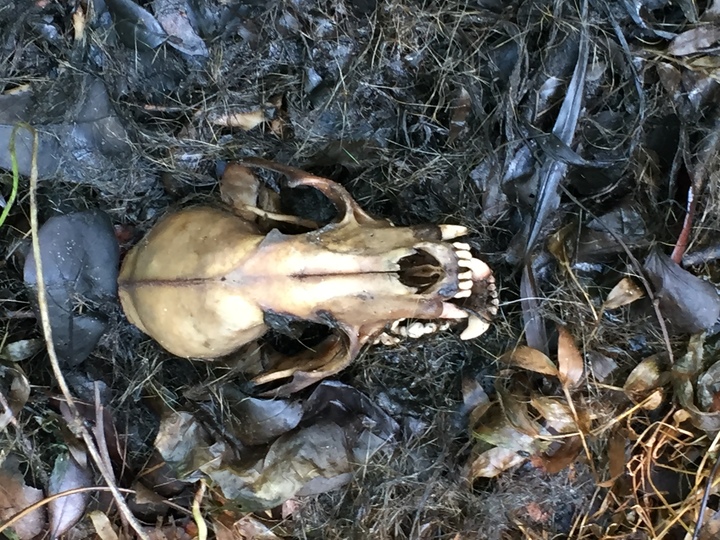 As an animal decomposes fats and lipids are soaked into the bone. These cause a yellow to brown discoloration. If you whiten bones immediately, they can appear to be fully processed only for grease to emerge later, possibly much later. Soak bones in a bath of soapy water. Dawn brand is often used. Colored soaps can be used, but carry a small risk of discoloration. Publix brand blue dish soap was used for this specimen with no issues. When a specimen is very dirty, it is helpful to whiten it overnight in peroxide to remove surface stains, then move it to the soap bath. Grease will cause the water to become cloudy. This process can take anywhere from a few weeks to several months. Older and fatter animals take longer, and certain species take longer. Heat of around 115 °F (45–50 °C) can speed up the process, as well as changing to new water when cloudy. But do not boil it, boiling water causes bone damage and the grease to be drawn into the bone and emerge later. While changing water, be sure to drain the bone through a fine mesh to avoid losing teeth and small bones. Canines and incisors seem to fall out easily, always drain the water through a seive to avoid losing bones. If the bones are handled much, it is important to remove most—but not all of—the grease, as complete removal makes them brittle. In this case the raccoon bones were left in for two weeks in warm weather (only time will tell if grease will emerge!). 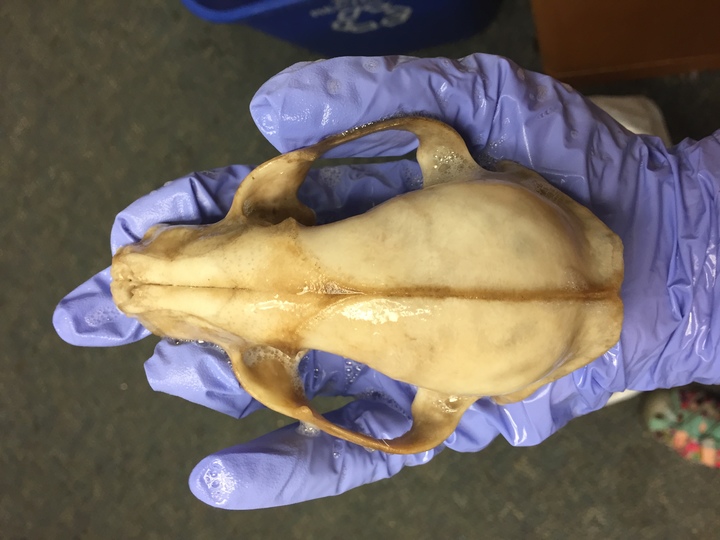 Much of the grease has been removed, now it’s time to whiten

Soak the bones in hydrogen peroxide to whiten. The 3 % solution available at drug and convenience stores can be used undiluted. Stronger concentrations are available, as well as bulk options. Small and delicate bones can be damaged from high concentrations or long treatments. Keep in mind hydrogen peroxide is deactivated by light. Leave bones in peroxide for about 24–48 hours, then remove and let them dry for several hours. Bone can appear much darker than expected just from being wet. Chlorox bleach destroys bone structure, and eventually leads to a crumbling and yellowing specimen.

If nothing else, you will probably have teeth to glue back in. There is no reason to use super glue, which prevents you from moving the teeth later and leaves shiny blotches. Elmers school glue works perfectly and can be dissolved with water if needed. You might notice that the roots of the teeth are quite large, compare the canines in the photo. 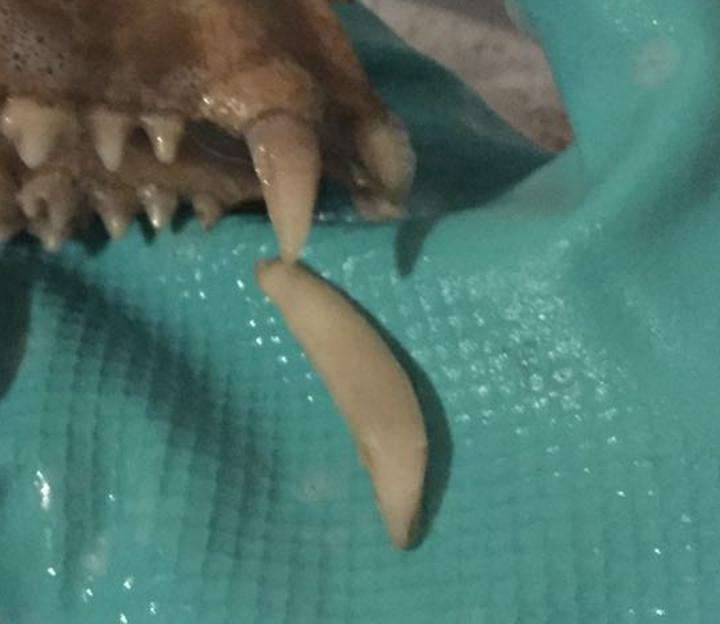 The roots of the canines are long!

In the end we had a skull minus a few teeth, the baculum, most of a spine, and assorted leg and rib bones. 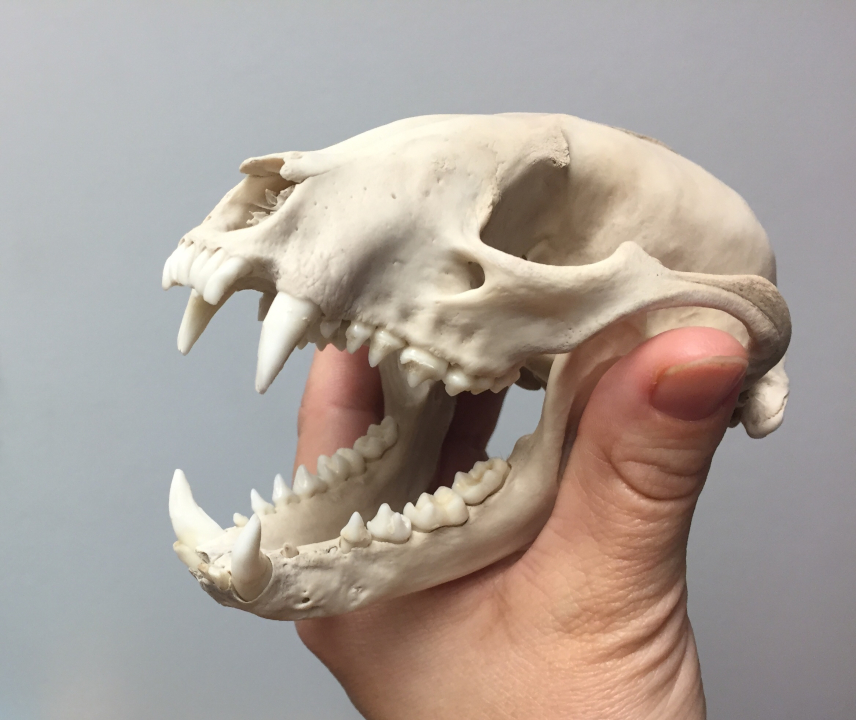