Movement defined broadly plays a central role in fields as diverse as transportation, sport, ecology, music, medicine, and data science. Miniaturized tracking devices have become nearly ubiquitous, and resulted in an ever-increasing volume of localization data called tracking data, in the form of geographic (x, y, z) and temporal coordinates (t). In parallel, the use of R for movement studies has also increased sharply, representing more than 70 % of studies in Movement Ecology, using as many as 58 R packages (reviewed in 2018). However, the landscape in R is also very fragmented, and many packages work in isolation, not being linked to any other tracking package. This is partly due to a lack of a standard and flexible infrastructure to deal with trajectories in R, compatible with simple and commonly used spatial objects like sf, the new standard for spatial data in R. We developed sftrack, a central package offering generic classes for movement data in R. Based on sf, sftrack provides classes and basic functions to build, handle, summarize and plot movement data, and to support all stages of movement studies (pre-processing, post-processing and analysis). sftrack relies on a solid conceptual model for movement, which acknowledges the dual nature of tracking data (points) and trajectories (steps), and implements it in a natural way. sftrack now allows for easy creation of trajectories, as well as conversion from basic objects, which makes it very accessible for both users for their own data, and developers to rely on it for their package and streamline their development process. 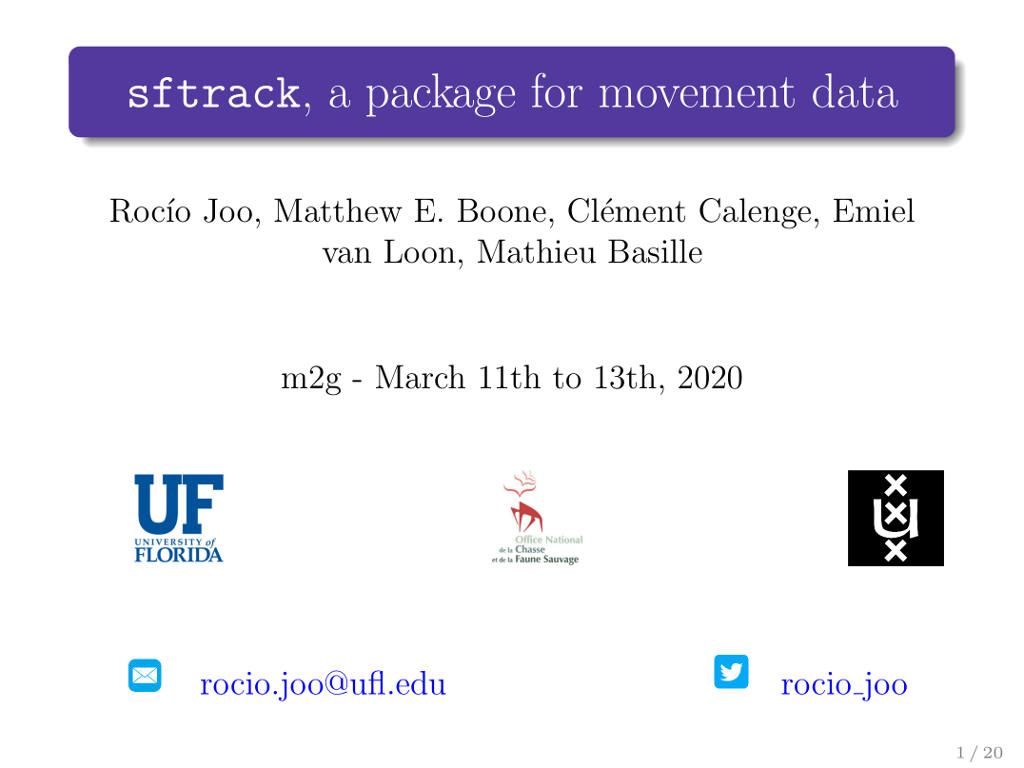