Human activity has drastically changed the habitats and population dynamics of wildlife around the world. Relatively little is known about the effect of human activities on ecological flows of genes, individuals, and pathogens. The intent of this study is to address these issues. Raccoons (Procyon lotor) will be used as a model species in South Florida.

Overall, we aim to understand raccoon population dynamics in South Florida and use this knowledge for ecosystem management of many species in the landscape. Raccoons are a major predator of multiple endangered species and pose a number of concerns to public health and safety. They are very adaptable to urban environments, creating many potential conflicts when they invade homes or become pests on crops.

We will trap raccoons in humane live cage traps, collect genetic samples, mark with a PIT tag, and release. Some raccoons will be fitted with GPS collars to track their daily movements and calculate home ranges and spacial overlap. 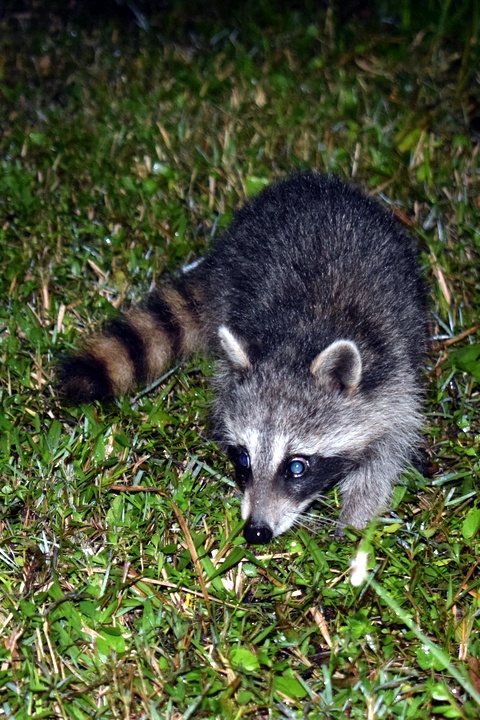 To begin we will be working on a pilot study in a local park. Tree Tops Park in Broward County, Florida is a large (1.4 km²) urban park. Wildlife here is typical for an urban area of South Florida and borders neighborhoods, roads, and canals. Here we will study home range overlap, movement, and social interactions to understand spatio-temporal dynamics of raccoons. This will be used as part of a long-term program studying ecological flows that eventually will move to a landscape level.

The Everglades National Park is the third largest national park in the lower 48 states. Although protected, it has still been drastically altered due to draining, agricultural and urban runoff, climate change, and invasive species.

Removal and decline of apex predators, such as Florida panthers and black bears, has created trophic downgrading and drastically altered the food web. This has led to the rise of mesopredators- raccoons, coyotes, foxes, bobcats- who generally tolerate living close to humans and can even increase in population in urban areas. This leads to many conflicts with disease transmission, agricultural and household pests, and reduction of less adaptable species. At the same time, they are a source of interest for the public and can be used to increase awareness and appreciation of wildlife in general.

Raccoons have a wide range of social tolerances. Male ranges often overlap with multiple female ranges, but they will often not tolerate other males in their territory. In other cases males will overlap in ranges, or even form small groups depending on availability of resources. Studying social structure and home ranges in South Florida will help to better understand raccoon populations in the area. 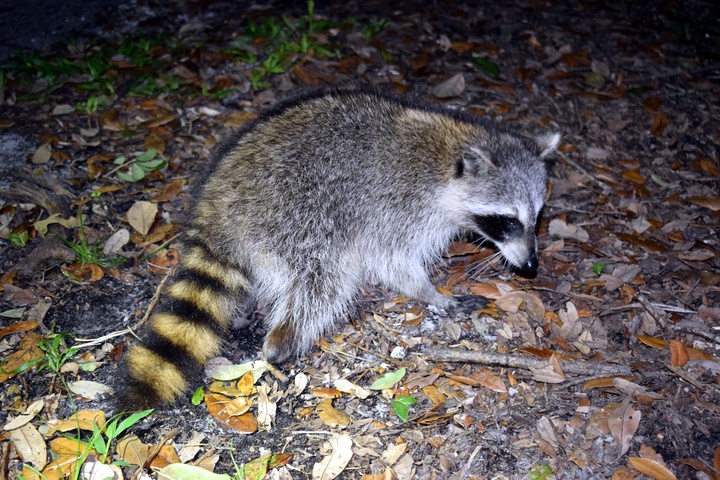 Raccoons carry a wide variety of pathogens that are of concern to public health. In Florida 132 pathogens, parasites, and contaminants have been identified in raccoons, 20 are of significance towards humans. Rabies has been observed in Broward County. Raccoons can also carry Toxoplama gondi, salmonella, Baylisascaris procyonis, ticks and associated diseases, and they may even act a Zika reservoir. By understanding their population dynamics agencies can more efficiently deploy rabies vaccinations and predict where outbreaks are most likely to occur.

Raccoons are notorious for getting into trash and crops, and eating food intended for pets. This, along with people feeding them intentionally, can cause them to come into very close contact with humans furthering health concerns. Euthanasia of raccoons is undesirable for multiple reasons. Relocation of raccoons seldom works. Raccoons that are the relocated will often continue to come into close contact with humans, or will disrupt the local population dynamics. It is our intent for this research to help prevent human-raccoon conflicts in the first place.

We also plan to utilize citizen science and public education through programs such a bio-blitzes to raise public awareness of urban wildlife.

Raccoons are a major predator of nesting birds and turtles. In urban areas raccoons reach high densities. Combine this with the decreased populations of endangered species and raccoons can become a major threat to nesting sea turtles and wood storks.

All raccoon handling will be done following IACUC protocol and in consultation with a veterinarian experienced with wildlife. All trapped raccoons will be released after handling and monitoring. 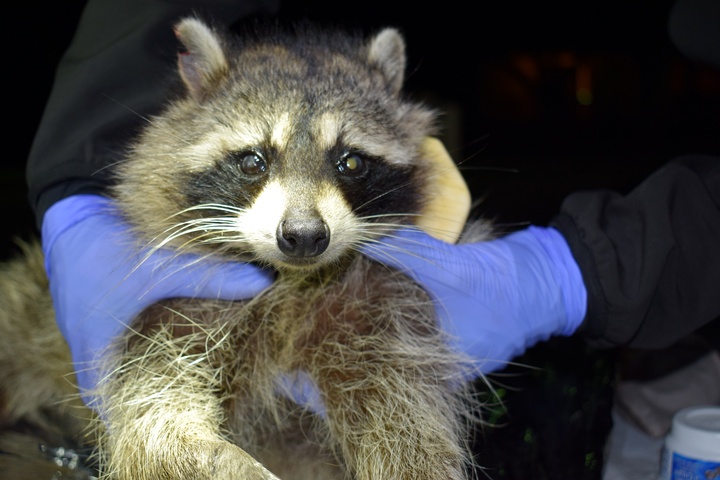